The simplest way to write numbers is to use just one symbol. If you are a cave person, you could draw five lines on the wall to represent five buffalos you saw. If you are an anatomically modern human playing bean bag toss at the lake, you could use a tally mark to represent one point in the game. Each line represents just one.

The character “I” represents one. If you want to represent more than one, you just write more of the character representing one. Easy.

But it becomes difficult to interpret the count at a glance when it gets higher than four or five. For example, what number is IIIIIIIIIIIII?

If we group the lines into fives, usually in the form of tallies, we can see at a glance that the number is thirteen:

The additional complexity of crossing every fifth line over the last four lines plays to the strengths of our brain. We are good at recognizing patterns and understanding abstractions. We see the gate not just as five individual lines, each line symbolizing a value of one, but also as a unit itself: a symbol for five. It is a strong system and it is still used today by folks marooned on desert islands everywhere.

The obvious next step is to add more symbols. Here are some:

Here we've moved away from a direct relationship between the count and a number of lines. Significantly more brain power is needed to understand the additional abstraction. Rote memorization is needed. But it's child's play for humans. Or, at least if you force a child to learn it, she or he will.

At first you’d think if we wanted to use these symbols to represent fourteen we’d write two of the characters that represent seven, like so: “77”. Seven and another seven make fourteen. That wouldn't be bad, but to interpret any number higher than nine would require arithmetic. The ultimate solution, another layer of abstraction in our numerical encoding, was one of the most significant breakthroughs our species has ever seen.

The way it works is we assign different meanings for the symbols depending on what position they occupy in a string of symbols. For example, in “107” the funny looking acute angley thing represents seven, but in “701” it represents seven hundred.

The encoding is interpreted by looking at the columns in these strings from right to left:

This should be review for all the Grade One grads out there.

It takes up a lot less space than caveman tallies, vastly simplifies arithmetic and works well for counting old school on ten-digit monkey hands. It’s an ingenious system and it is used everywhere across the entire world. Its ubiquity is remarkable; there aren't too many other things we all seem to pretty much agree on.

But there's a better way.

Here's a futuristic way of counting that's better than what we are all used to:

As you can see, we've added two new symbols. One for ten and one for eleven. We're using X and E because X is like the Roman Numeral and E because it's like the word eleven, but we could use a fishing rod and an axe instead if we wanted.

This is new number alphabet is alien looking, which is good because who wouldn't want to feel like they're living in a futuristic society? But like all enduring great systems or designs, the aesthetic is way cooler if there's a functional excuse for it. And here it is...

Ten divides into two sets of five. Two divides into ones. That's not a great showing for factors of the base number we've chosen to use for all of our math.

Here are some examples of fractions in each system, with the winner for each fraction highlighted:

Base-twelve breaks down more evenly in six cases while base-ten only wins twice.

Days (rotations of the Earth)

The awkwardness of telling the time in base-ten is obvious when looking at an analogue clock-face: 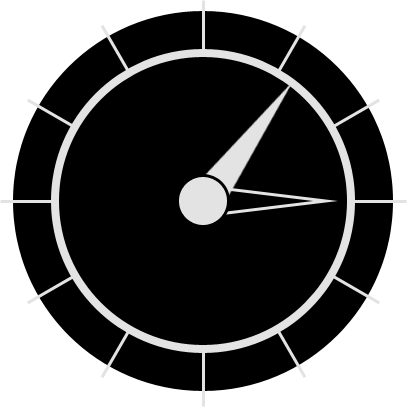 In base-ten, you look at where the minute hand is pointing and then multiply by five. In base-twelve, no such multiplication is needed if we just use a familiar decimal rather than minutes. Just say whatever number the small hand is pointing at!

We already subdivide the year into twelve months 1

Eggs and doughnuts are sold in twelves. And, there's already a name for twelve dozen that is used by anyone dealing with large numbers of eggs: the gross. Here are some of the words we already have that we'd get used to using a lot more:

We already also have inches, which are in twelves.

And there are twelve pence in a shilling. 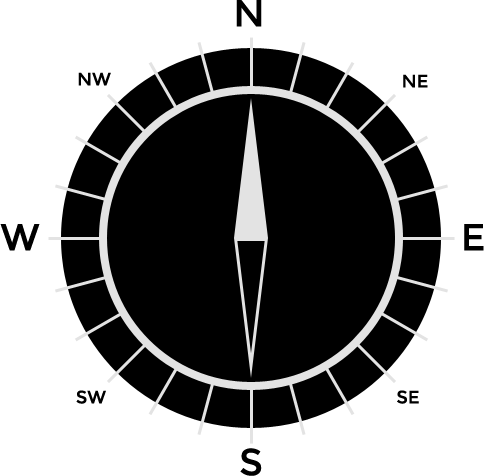 Why do we use a numbering system that optimizes for the pentagon?

In the Bible, the number twelve is used over and over again to symbolize perfection, God's power and completeness. There's a reason for that. It's a great number.

There are two primary dimensions of music: pitch and time. Both are typically in twelves or factors of twelve.

Pitch is like a spiral staircase. You can continue to climb in pitch but you keep returning to the same note, only a higher version of the note.

There are twelve equally spaced steps on the spiral staircase from note to note (For example: A, Bb, B, C, C#, D, Eb, E, F, F#, G, G# and finally A). The octave is sub-divided into twelve notes.

Almost all the music you hear is counted in fours or threes, factors of twelve. A song counted in fives would sound strange to most of our ears.

Counting on your fingers

Finally, we will address the one reason it seems that we currently count in tens instead of twelves: We have monkey hands. We like to count on our monkey hands.

But take another look at your hands:

It will be easier to teach children base-twelve than base-ten, for all the reasons already discussed, so future generations will have no trouble. But how hard will it be to teach the old dogs the new trick?

Adults respond to two things very strongly: Getting paid and getting laid.

Those who count the number of times they get laid probably use caveman counting for that so let's focus on getting paid. The government makes a choice every day they print new money, a choice to print base-ten numbers on bills. Tomorrow, the Royal Canadian Mint could start pumping out money in base-twelve and folks would learn the system in a hurry.

In closing, we should acknowledge that this will all seem rather unimportant to most people. Who cares if math becomes easier in a world of computers? But, to those people we ask: What happens if space aliens visit and they ridicule us for our clumsy base-ten system? How will we feel then?